A new spin-off company, CasInvent Pharma, a.s., has been established by Masaryk University (MU) in cooperation with its investment partner, i&i Prague, s.r.o. (Ltd), in order to facilitate further development of new compounds that could be used to treat certain types of leukaemia, lymphoma and solid tumours. The company will test the compounds that inhibit the enzyme Casein Kinase 1 (CK1) which is responsible, among other things, for the migration of leukaemia cells into lymphoid organs.

The research groups of Vitězslav Bryja and Kamil Paruch from the Faculty of Science MU have been studying and developing these compounds for a long time now. Thanks to the newly-established company, they will be able to finish the preclinical stage of the development of these prospective drugs and move on to clinical trials of the most promising compounds.

“The main reason behind establishing this spin-off company is the fact that it is virtually the only option to commercialize this technology, which is still in early stages of development, and advance the research to such stage that it catches the interest of big investors from the pharmaceutical industry,” says the director of Technology Transfer Office MU, Eva Janouškovcová, as to why the joint-stock spin-off company was established with the university as one of its stakeholders.

“The i&i Prague company searchs and supports the most promising technologies and the highest quality projects. We have known for a long time that the inhibitors of CK1 are the most promising Czech projects. I am glad that Masaryk University has chosen the i&i Prague as a strategic partner for this project. I believe that we will be able to make significant progress towards clinical trials in the development of the drug, attract other co-investors and international partners and enable the practical use of these new substances as soon as possible thanks to the establishment of the CasInvent Pharma company,” said the CEO of i&i Prague, Jaromír Zahrádka.

The CasInvent Pharma spin-off will continue developing the promising results of the scientific teams which led to the patenting of the inhibitors, i.e. compounds that significantly decrease or completely inhibit the activity of CK1 and can be used to treat e.g. certain types of leukaemia. More specifically, the B-Cell Chronic Lymphocytic Leukaemia (CLL) and the Acute Myeloid Leukaemia (AML).

CLL characteristically causes the accumulation of dysfunctional cancer cells in the blood and their migration to lymph nodes, liver, spleen and bone marrow, which causes further complications such as enlargement of organs, immunodeficiency, anaemia and other. The aggressiveness of the disease then depends on the interaction of these dysfunctional cells with their immediate surroundings – so-called microenvironment. This interaction leads to tumour cells dividing uncontrollably.

The inhibitors of CK1 can effectively stop the migration of the leukaemia cells to lymphoid organs, which prevents them from being damaged and hinders the spreading of CLL. AML, which is one of the most aggressive and difficult-to-treat types of leukaemia, has CK1 working in a different way. Based on the current results, the scientists expect the new compounds to initiate programmed cell death (so-called apoptosis) in leukaemia cells.

Targeting interactions in the microenvironment, regulating apoptosis and inhibiting migration mechanisms can be successfully used with other forms of cancer as well, e.g. solid tumours the growth and spreading of which often depends on roughly the same principles.

i&i Prague focuses on finding and supporting technologies developed in the Czech Republic and neighboring countries. i&i Prague is primarily dedicated to innovations in the field of drug development, diagnostics and medical devices from academic institutions. The company supports the foundation of spin-off companies and investments in them in the pre-seed or seed phase. So far, the company has supported more than 10 spin-off companies from 4 countries. It has an ownership stake in 8 of them in which it has invested a total of over CZK 50 million. These spin-offs have received more than CZK 1 billion from other investors. i&i Prague also assists in the commercialization of innovative technologies from more than 15 research institutions and universities in the Czech Republic and abroad. i&i Prague has participated in the sale of more than 10 licenses with a value exceeding CZK 5 million so far. 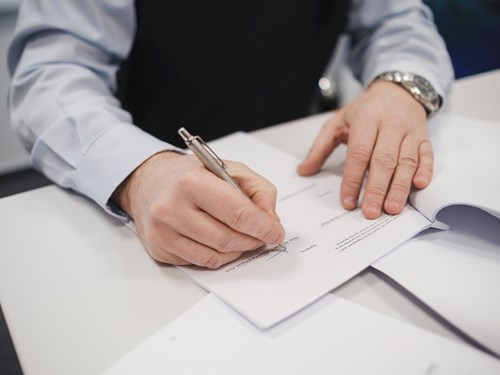 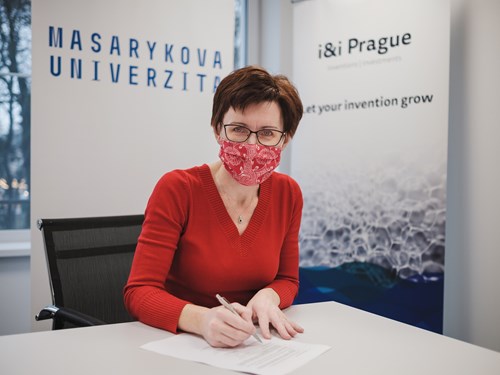 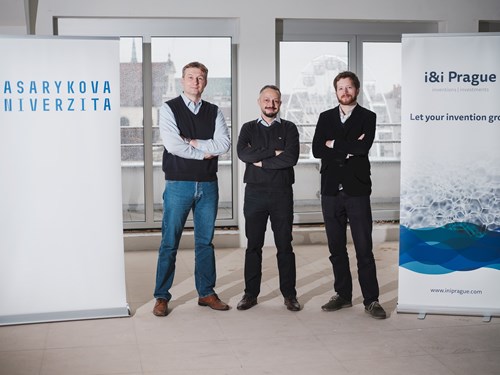 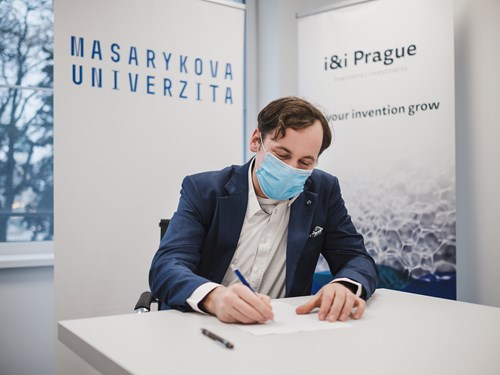