Walking is the most natural movement. Unfortunately, nowadays most people walk in a wrong way, which can cause serious health problems. Yet there is a solution – the biomechanical footwear being developed by the Boty J HANÁK R, Ltd. Company and the team of Assoc. Prof. Martin Zvonař from the Faculty of Sport Studies of MU.

What problems can walking bring around and what are their consequences? When we are walking bare-footed everything is in order – from an anthropological point of view. It supports the natural growth of healthy transverse and longitudinal arches. However, most shoes on the market do not respect the plantar morphology. “Transverse arch is held by the shoe’s vamp which creates undesirable pressure resulting in flat foot. The heel starts tilting outwards and the whole process can lead to valgoid knees or ankles. The second problematic spot is the first digit of the big toe which has a strong influence on foot posture. Improper footwear can’t provide for an optimal and rigid lever of the big toe and negatively influences arches of the foot. The foot is just too immobilized which can show even in thigh muscles,” explains the founder of the company Josef Hanák.

The company Boty J HANÁK R came across these problems after years of manufacturing shoes, especially health ones – e.g. for diabetics. Another product which made the company from Snovídky near Slavkov u Brna famous was the special insole reducing orthopaedic problems. Assoc. Prof. Martin Zvonař, the head of the Department of Kinesiology at FSpS MU, has been dealing with the unsuitability of regular footwear for a long time as well. “A fallen foot arch can manifest in knees, hips and even spine. The fact that more than a half of Europeans suffer from spine problems proves just how common it is. Way of walking and condition of feet influence mostly lumbar spine. People often treat their aching backs in a wrong way – they don’t realize walking and footwear can be the source of their pain and treat the effects rather than the cause. And how do we usually treat fallen arches? Typically the patient is given an insole shaped to support the fallen arch. This procedure makes the problem neither worse nor better. During my stay at the University of Illinois in the USA I came across an idea that questions such procedures and makes for a better solution. Shortly afterwards I met Mr. Hanák who came up with an idea to effectively support the aforementioned rigid lever of the big toe. He decided to replace the supportive cushions with a small depression, thus letting the big toe perform its natural function instead of artificially supporting the fallen arch. This gives the arch a chance to start healing on its own.”

The meeting which took place thanks to the director of the Boskovice hospital stood at the beginning of the new biomechanical footwear and insoles. Besides the aforementioned approach to a fallen arch which is thus given an opportunity to gradually grow back, the biomechanical footwear has another innovative feature. “It’s the springs which enable the arch to move. From a physical point of view it’s a simple principle: The impulse of force is shifted forwards, which increases leverage and alters the walk biomechanically. Body reacts to it by strengthening the ligaments which need it the most. It is those ligaments which are most important for a healthy arch,” adds Mr. Zvonař.

After the design of the new biomechanical insole was finished, the main role of the experts from the FSpS labs was to measure it and prove that it really does have the anticipated effect. Mr. Martin Zvonař says: “For a long time we were pondering on how to set up the conditions of the experiments to provide a reliable proof that it really works. We did so with the aid of special devices which measure the pressures exerted on the lower part of feet when walking. The best of these devices can be inserted directly in the shoe and their sensors can evaluate not only the behaviour of the foot arch but also the suitability of the footwear.” The results have unambiguously proven that the new insoles and shoes really do help. However, they have to be used on a long-term basis.

That means the company Boty J HANÁK R is producing footwear that can solve many health problems. Nonetheless, it has to fight the prejudice caused by decades of wearing unsuitable shoes. “Earlier, when we were producing health shoes for patients everyone understood us. Now, many people don’t see the reason to wear health shoes when they are actually healthy. This is rather unfortunate – we think that there should be only one type of shoe – one that doesn’t pose a risk to human health. Our philosophy is that health (and healthy) shoes are for everyone. Many shoemakers often think only about making their shoes attractive to increase their sales. And many customers, when they don’t have any health problems, judge shoes just by their appearance,” says Josef Hanák. Martin Zvonař adds: “From the phylogenetic point of view we are at the crossroads and our decision is going to have long-term consequences. Either we keep wearing unhealthy shoes and our feet will adapt to them – that is our arches will fall and walking will become more difficult. The negative effects of such a decision can manifest as soon as after just two generations. Or we’ll allow the foot to evolve the way it did for millions of years and we will stimulate the conditions for healthy walking.”

Nonetheless, the cooperation of Josef Hanák’s company and the team of Assoc. Prof. Martin Zvonař will certainly carry on. New types of shoes for general public are being developed and a study of movement of pregnant women who often have problems with their arches is also being elaborated. The TTO MU team actively participates in the cooperation and facilitates it e.g. by providing legal support (the biomechanical footwear is patent-protected) or promotion. 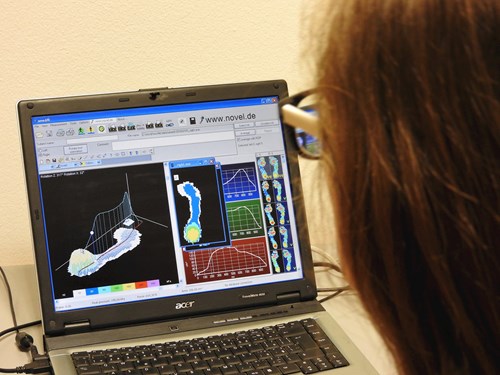 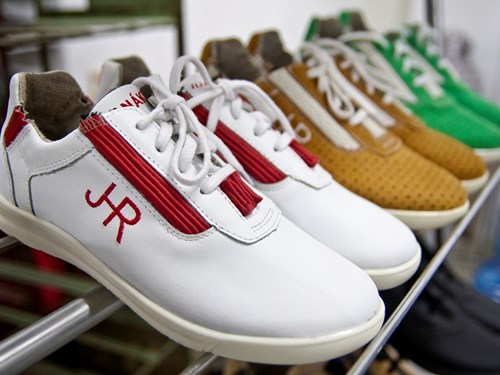 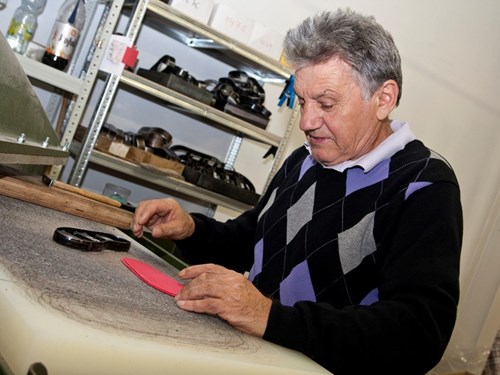